No Result
View All Result

ADVERTISEMENT
No Result
View All Result

The COO of SHUAA Capital Saudi Arabia, Basel Barqawi, confirmed that the real estate traded funds “REITs” are considered long-term alternative real estate investment instruments, aimed at providing investment opportunities in large real estate portfolios for the general investors in order to provide a fixed and stable stream of income with recurring distributions and provides liquidity through trading the units on the market, with a high degree of transparency. REITs are not considered a speculative instrument geared to achieve high capital returns

Barqawi noted during a special dialogue with «Sanadeq» that the addition of the REITs sector to the Saudi Stock Exchange (Tadawul) is a core and substantial addition which aims to further diversify the stock market, adding depth to the market and providing income-generating investment opportunities which will contribute to the creation of liquidity that is necessary for the development of the economic cycle in the kingdom

Barqawi disclosed that the SHUAA REIT has taken the maximum measures necessary to mitigate the risks that are associated with such investment instruments and to position the REIT as risk averse or defensive instrument, given that it is the first REIT to be approved in accordance with the revised REIT regulations issued by the Capital Market Authority towards the end of 2018. The REIT is currently in its subscription period until May 2, 2019.

Details of the dialogue are as follows:

-The Saudi market has witnessed the launch of many REITs, tell us about the REITs in the Saudi market and the world and to what exactly are you aiming for?

The history of REITs extends to the early 1960s, which originated in the United States of America and spread over the years to more than 30 countries around the world. REIT are globally classified as a long-term alternative real estate investment instruments, aimed at providing investment opportunities in large real estate portfolios to public investors (both individuals and institutional) providing a stable stream of income through regular distributions while maintaining liquidity through the trading of units in the stock market while offering full transparency. REITs are not a speculative instrument geared to achieve high capital returns. The addition of the REITs sector to the Saudi Stock Exchange (Tadawul) is a core and substantial addition which aims to further diversify the stock market, adding depth to the market and providing income-generating investment opportunities which will contribute to the creation of liquidity that is necessary for the development of the economic cycle in the kingdom

– Why did you choose to launch SHUAA REIT at this point in time?

The timing for the launch of SHUAA REIT is based on two main points. The first, is the issuance of the revised REIT regulations by the Capital Market Authority (CMA) late last year, whereby SHUAA REIT is the first REIT approved by the Authority based on the updated regulations. SHUAA Capital Saudi Arabia takes pride in being among the Authorized Persons (“APs”) that contributed several suggestions and ideas to the CMA regarding their approach to update the REIT regulations, based on which SHUAA REIT was structured, which aims to increase the efficiency of REITs, further mitigate the risks associated with these funds and ensure that assets and contracts are diversified and in line with the regulatory framework, as well as  adopting the revised property valuation methods, which reflect the true fair market value of the underlying assets based on the lower end of the average rental prices prevailing in the market for similar assets within the vicinity and not relying on the value of the signed leases only.

The revised regulations also included a 12 months lock-up period banning the major unitholders from trading their units, which is effective as of the first day of trading the units in the Saudi market, ultimately contributing to further stabilizing the unit price.

As for the second point, in our view the time is now right especially since  the domestic market is experiencing positive changes, both in terms of moving markets and implementing the programs of the Saudi Vision 2030 strategic plan, and REITs are products that offers a large tranche of society (both individuals and institutions) the opportunity to participate in large scale income generating real estate opportunities that are liquid. We believe that there is existing demand, existing opportunities, and that the liquidity exists in the market, and the REITs in general are one of the key elements that contributes to the development of the economic cycle in the kingdom.

– What is the size of the IPO and when is it expected to be completed?

The IPO of the SHUAA Fund began on March 25, 2019, as the units available for public subscription are 30.51 million units at a price of SAR 10 per unit, equivalent to SAR 305.15 million, which constitutes 51.5% of the total REIT size of SAR 591.50 million, with a minimum subscription of SAR 500. It was previously announced that the subscription period was extended to May 2, 2019, due to the incomplete coverage of the amount raised and resulting from some technical obstacles in opening the accounts to a number of Gulf investment companies wishing to subscribe

– What are the properties that SHUAA REIT intends to acquire?

The Fund intends to acquire six income-generating real estate assets in four main segments (commercial, office, residential, warehouses) all of which are in prime and vital areas of Riyadh:

Autumn Warehouses – located at the beginning of al-Kharj Road

– SHUAA REIT offers a competitive return of approximately 7% to the investor, are there any other advantages that SHUAA’s fund can offer investors to keep the competition between you and other REITs?

Returns are very important to any investor and naturally the investor aims to achieve the highest possible returns. However, there is a general fundamental formula in the investment spectrum which should be clarified, the higher the returns the higher the risks and vice versa. Therefore, it is necessary to differentiate between the true and pure returns and those modified or enhanced returns through either the use of leverage (borrowing) or other tools used to structure returns. Today, SHUAA REIT aims to provide the purest form of returns with the lowest possible risks whereby two factors are excluded from its current structure and they are (1) borrowing (temporarily) and (2) lease interest contracts (permanently).

In terms of borrowings (loans), SHUAA is currently offering an investment product that targets an unleveraged return of approximately 7% net per annum, which is a pure return reflecting actual and real return based on the lower end of the average lease rates per square meter prevailing in the market for similar properties in the same area, which indicates the quality of the returns being generated from 100% freehold owned properties. The REIT intends to acquire future properties through financing by adopting an optimal loan to value, which will automatically result in higher yields through leverage (leverage effect). In other words, the targeted dividends of SHUAA REIT are geared to rise in the future.

As for the lease interest contracts, the REIT has taken a fundamental decision to exclude such contracts from its current and future investment strategy due to the fact that it typically inflates the returns while also increasing the inherent risks.  For clarification, in simple terms, a lease interest contract is one whereby a land is leased to be built upon it and thereafter benefit from its potential income stream throughout the course of the lease (without owning the property), and at the end of the contract, the economic benefit of the property returns to the original for property owner.

Therefore, investors acquiring these types of contracts typically demand higher returns due to the additional risks when compared to the natural returns of an owned property, hence the returns are inflated. Additionally, lease interest contracts depreciate in value as they approach the expiry period of the lease. Therefore, they also negatively impact the valuations of the overall portfolio over time. This is one of the risks that requires a higher return to compensate the beneficiary from such risks.

Therefore, given the above-mentioned approach and point of view, it is not accurate to directly compare between SHUAA REIT and other REITs in the market.

On the other hand, there a few additional and important key differentiating factors of SHUAA REIT, which are in our view makes it competitive in the market, and they are as follows:

1- Being First REIT to be approved by the CMA based on the revised REIT Regulations, which focus on the following:

A 12-month lock-up period on the units owned by major unitholders, effective from the first day of trading
Enhanced valuation methods
Enhanced quality of contract
Diversification on the asset allocation model
Income diversification and reduction of risks resulting from concentration of income

2- Diversification on the ownership level, as the REIT intends to acquire 6 properties owned by 5 different and independent parties, and no current or future owner can participate in more than two properties in the REIT, which increases the independence and transparency of decision-making process by the fund manager and its Board of Directors. 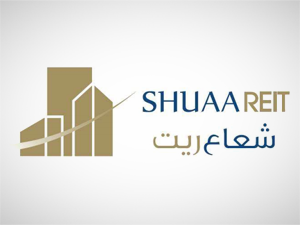 – Are the returns that are higher than 7% unsecured or high risk to the investment funds?

As I mentioned earlier, there is no investment without risk, and the higher the rate of return, the higher the risk, and vice versa. Generally, there are two types of the risks: systematic risks which are those related to the external factors, such as the market conditions, the state of the general economy, the geopolitical factors and so on, and this type of risks is impossible to control.

The other type of risk is the unsystematic or specific risks which are related to investment opportunity itself in terms of structuring, feasibility, the extent of control and mitigation of risks, which is diversifiable, and the investor may use to base their educated investment decisions, especially when the facts are based on facts and contractual agreements stipulated in the terms and conditions.  The investor should learn more about the structure of the REIT, the underlying properties and locations, leases, guarantees that ensure the fund manager’s ability to collect rents and ensure that the contracts will be legally implemented.

As mentioned above, SHUAA REIT has taken the maximum measures necessary to reduce the specific risks that can be controlled in similar investments, including, but not limited to, the diversification of properties, the diversification of owners, the alignment of interests, the solidity of the contracts and existing guarantees, but this does not mean that such investments are risk free.

No Result
View All Result